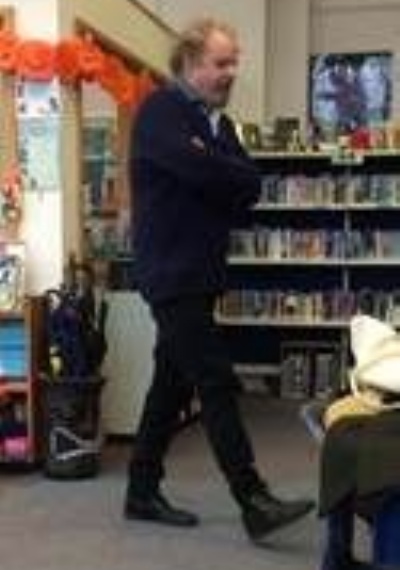 Hollywood film director, Mike Figgis (‘Internal Affairs’, ‘Leaving Las Vegas’ and ‘Timecode’), ran a session here with us on 30th October about his career in filmmaking. He spoke to Y12 and Y13 Media and Film students in a two hour workshop about how to break into film as a young filmmaker and discussed his own cinematic passions citing Godard’s ‘Weekend’ and Hitchcock’s ‘Notorious’ as two of his favourite texts. He spoke about the importance of storytelling as a sometimes lost aspect in the current Hollywood film output and took questions from our film and media students who are about to submit their own short films about how to avoid clichés. Thanks to the library for hosting this event.