June in the Library

"Fiction can achieve marvellous things, especially inside individual heads, not least when it subtly nudge-nudge-nudges the reader towards minding more, thinking more, asking questions."  Monday 18th June saw the final meeting for our amazing Carnegie Shadowers – the Red Carpet Party with lots of party food and bookish discussion.  We were all very excited when we watched the live screening of the award ceremony because Angie Thomas, the author of our second favourite book (The Hate You Give) was on the stage making a speech.  We thought she had won!  We later discovered that she had won the Amnesty Award and the actual winner was Geraldine McCaughrean with Where the World Ends.  The book is brilliantly written but our Shadowers were, on the whole, disappointed.  Our outright winner with 20 votes out of 34 was After the Fire by Will Hill.  If you are interested in the judges’ views, read them here https://bit.ly/1ExjRYA .  All the Carnegie books have now been let loose in the library for all to borrow and enjoy.  And the quote at the beginning?  By the Carnegie Medal winner 2018, and why we love shadowing the Carnegie Award. 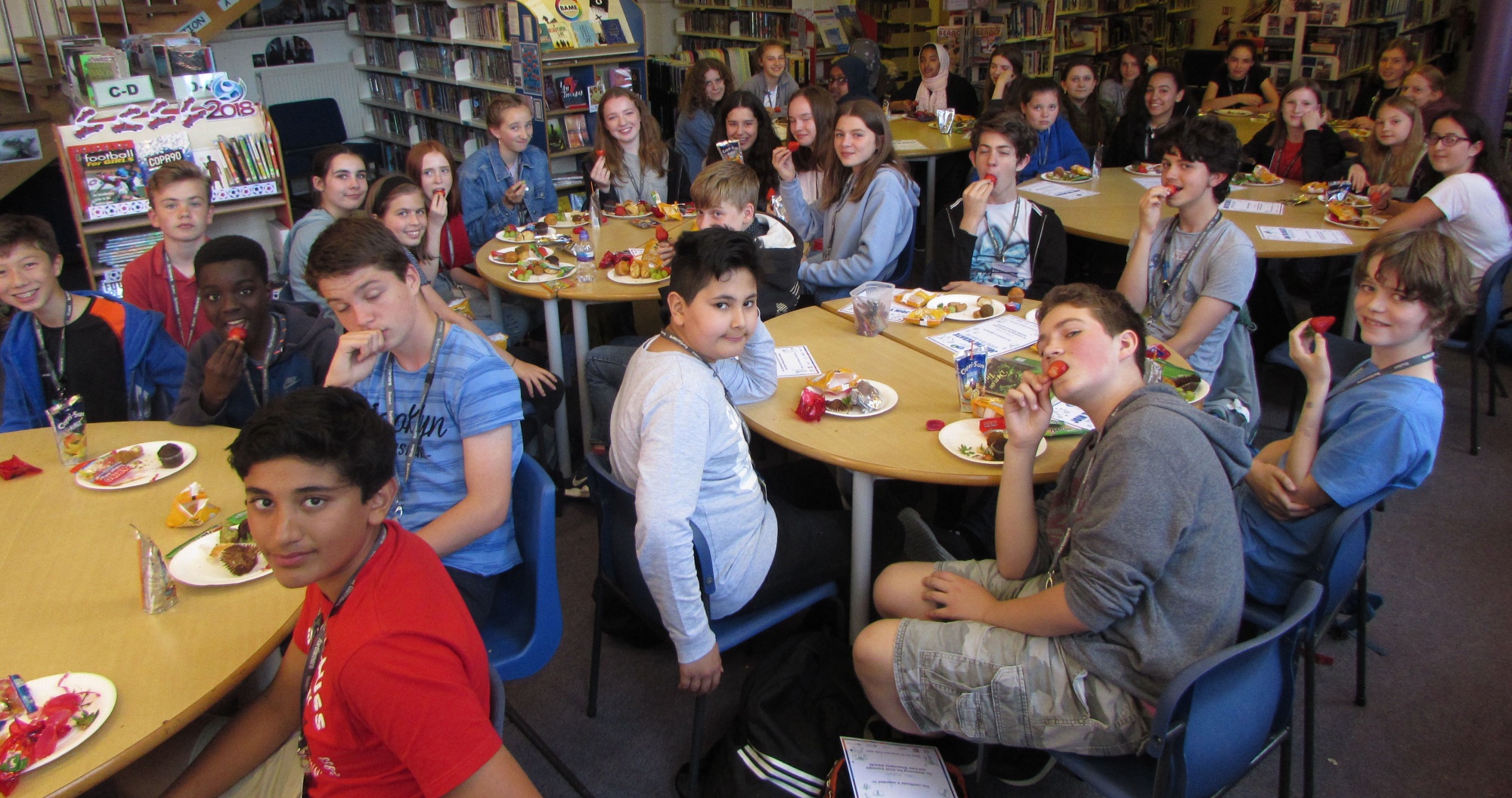 Tuesday 19th June was Fortismere’s first transition day, and we were delighted to welcome four groups of Year 6s into the library.  How do we show that the library is a buzzy, exciting, adventurous place?  Easy – invite Everest summiteer, filmmaker, journalist, author and all round good egg Matt Dickinson to talk to them!  He got them debating the morality of an 11 year old boy planning to climb Everest, he explained the physics behind why 250 bars of Toffee Crisp explode at high altitude, he showed grim and gory photos of his frost-bitten fingers and left them wondering why you should never melt yellow snow for drinking.  Not content with four hours of wide-eyed Y6s, Matt also worked with one of our lucky Year 7 classes and his creative writing exercise entitled “If I went to Everest the thing I would miss most would be…” got some heart-warming and occasionally bizarre responses.  These ranged from a flushable toilet (Mrs Ward), warmth (Ms Boswell), gherkins, hamsters, parents and (sadly) wifi.

On the hottest day of the year, Monday 26th June, our Year 8s were treated to a scorcher of an author visit.  Maz Evans, best-selling author, playwright and journalist and creator of the Immortal Chaos series (Who Let the Gods Out? Beyond the Odyssey and Simply the Quest) spent the afternoon talking to them about her writing journey and giving them some excellent pointers for their own creative writing.  One of the messages the students went away with was to persevere with their dreams; Maz gave up for five years, then self-published then, out of the blue,  her first book was read by Barry Cunningham, who gave her a chance.  He was the chap who published another author who had been constantly rejected – J K Rowling!  Maz was an enthusiastic showman – her presentation gave the students a lot to laugh at – and she bubbled with energy despite the heat.